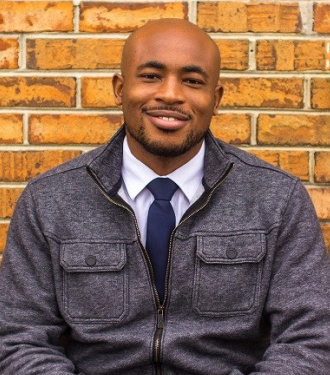 Neils Ribeiro-Yemofio, Chief of External Affairs, joined DC Prep in 2019. Prior to DC Prep, Neils worked for College Track as launch director for the DC region. Neils also previously worked for City Year, Inc. for nearly a decade, serving as a regional managing director for recruitment and admissions and start up executive director for City Year Tulsa. Neils also served as an impact director and impact manager for City Year Washington, DC, helping to start five new school partnerships and supporting City Year in the Congress Heights area. Neils is a member of the Fall 2018 Cohort of Pahara NextGen Fellowship, the 2014 LEAD class of City Year, and he served as an AmeriCorps member of the 2009 class of City Year Washington, DC. The son of Ghanaian immigrants, Neils was born and raised in Alexandria, Virginia. He earned a bachelor’s degree in management and society from the University of North Carolina at Chapel Hill, and a master’s degree in nonprofit management with a concentration in organizational leadership from Northeastern University. In 2017, Neils founded a nonprofit consulting business called Heroes for Hire that specializes in social entrepreneurship.