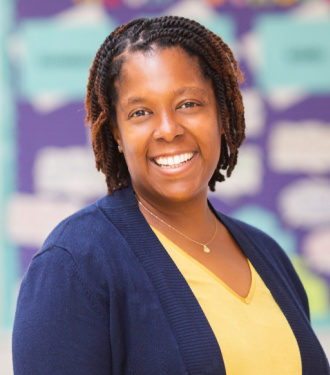 Aliesha Maye, Chief of School Operations, joined DC Prep in 2021. Prior to DC Prep, Aliesha worked at KIPP AIM Academy here in Washington, DC.,  as Chief of School Operations. Aliesha first joined KIPP DC in 2008 as a Spanish teacher at AIM Academy. She had previously taught Spanish in Washington, D.C. as a Teach For America corps member. Before taking on her previous role as Principal of AIM Academy, Aliesha also taught fifth and sixth-grade math and served as the school’s vice principal. Aliesha graduated from the University of North Carolina at Chapel Hill with a bachelor of arts in international studies and Spanish.