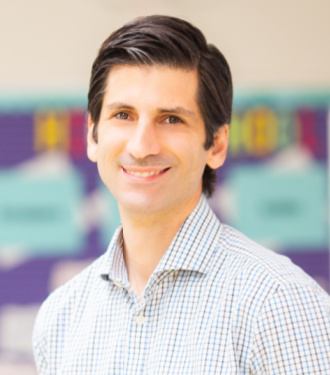 Dan Englender, Chief Operating Officer and Chief Financial Officer, joined DC Prep in 2011 and originally served as an Assistant Principal at the Edgewood Middle Campus where he oversaw instructional and school culture initiatives. In his current role he manages operations, data, technology, enrollment, and finance and real estate teams across DC Prep’s growing network of schools. Dan began his career in education as a Teach For America (TFA) corps member in New Haven, CT, teaching high school math. Dan also worked in a variety of roles at TFA, including Program Director in DC. In the summer of 2011 Dan served as a School Director in TFA’s summer institute in Philadelphia. He holds a BS from the University of Michigan.